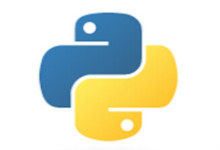 Python at the end of 1989 was invented by Guido van Rossum, the first public release was released in 1991.

Who should take this tutorial?

This tutorial is for want to start from scratch to learn Python programming language developers. Of course, this tutorial will be a number of modules in depth, so you better understand Python applications.

Before this tutorial you need to know

Before proceeding with the tutorial, you should understand some basic computer programming terminology. If you learned PHP, ASP and other programming languages, it will help you quickly understand the Python programming.

Python 3.0+ version has a built-in function as the print, the correct output code as "Hello World!":