This chapter we will show you how to build a Python development environment locally.

Python can be applied to multiple platforms, including Linux and Mac OS X.

You can enter the terminal window "python" command to see if the local version is installed already installed Python and Python.

Python latest source code, binary documents, news and other information can be viewed at the official website to Python:

Python has been ported on many platforms (changed to make it work on different platforms).

You need to download the platform apply to your use of binary code, and then install Python.

If your platform binary code is not available, you need to use C compiler to compile the source code manually.

The following is the installation of Python on different platforms methods:

The following simple steps to install Python on a Window platform:

path (path) is stored in the environment variable, which is named after a string by the operating system maintenance. These variables contain the available information on the command-line interpreter and other programs.

In Mac OS, the installer has changed during the installation path of the python. If you need to refer to Python in a different directory, you must add the Python directory in the path.

It can also be set as follows: 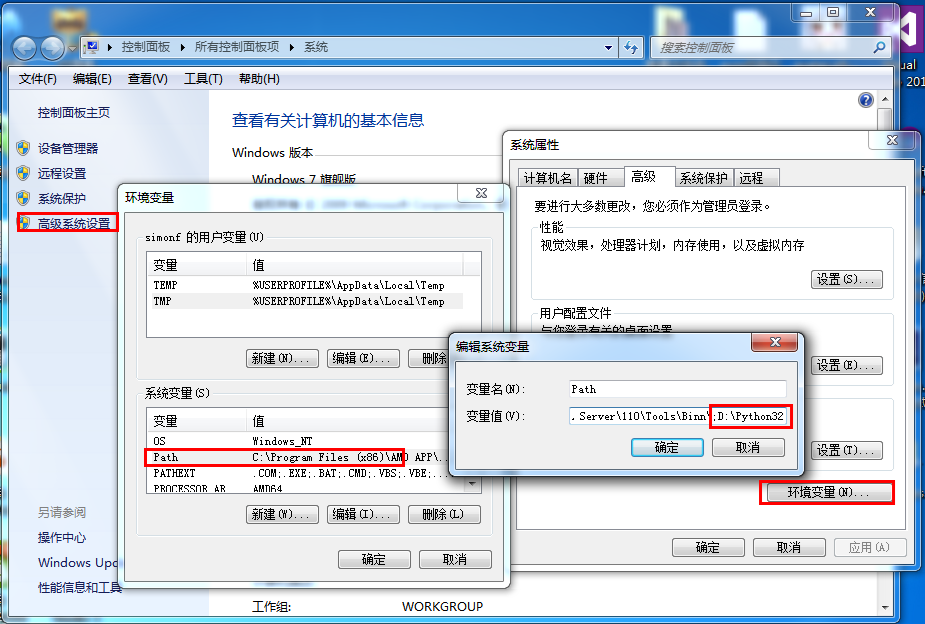 Here are several important environmental variables, it applies to Python:

There are three ways you can run Python:

You can provide a command line or shell of python coding system in Unix, DOS, or any other.

In your application by introducing the interpreter can execute Python scripts from the command line, as follows:

Note: When you execute the script, the script is examined executable permissions.

You can write and run Python code using the graphical user interface (GUI) environment. The following is recommended to use on each platform IDE:

Before continuing the next chapter, make sure that your environment is set up successfully. If you can not establish the right environment, then you can help from your system administrator.

Examples are given in later chapters have been tested in Python2.7.6 version.