Memcached is LiveJournal's Danga Interactive's Brad Fitzpatric led the development of a software. It has now become an important factor mixi, hatena, Facebook, Vox, LiveJournal and many other services to improve Web application scalability.

Memcached is simple and powerful. Its compact design facilitates rapid development, reducing development effort and solved many problems large amount of data cache. Its API is compatible with most popular development language.

Essentially, it is a simple key-value storage system. 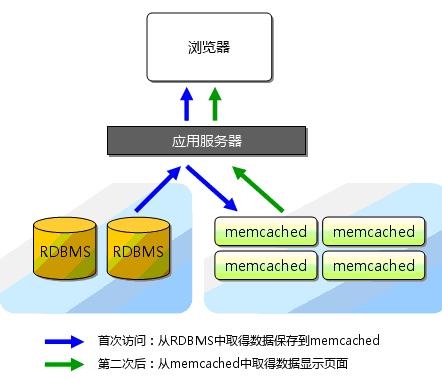 memcached distributed cache server as a high-speed operation, has the following features.

Many languages ​​have realized the connection memcached client, which Perl, PHP based. Only memcached listed on the site are: